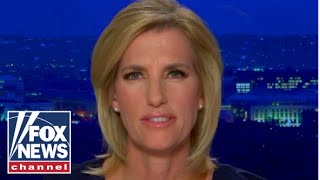 NORWALK, Conn. (WCBS 880) — A growing number of towns in Connecticut are now under a COVID “red alert.”

Nineteen towns and cities in the state are currently under the alert, most of them in the southeast.

Eight more municipalities were added Thursday after their COVID infections surpassed 15 per 100,000 people since last week. Fairfield and Norwalk are among those that have been been added.

Gov. Ned Lamont is worried about nursing homes in the areas, so Connecticut is ramping up testing at long-term care facilities.

“We have to pay extra attention to our nursing homes, and that’s why we are ramping up our testing of staff at all of our nursing home around the state and making a special priority for residents and visitors in our red-alert areas,” Gov. Ned Lamont said.

Local officials in the impacted communities have the discretion to roll back their Phase 3 reopening to Phase 2, going from 75% indoor capacity to 50% in shops and restaurants.

“Towns can revert to Phase 2. That sends a signal, I think, to some folks that this is serious and you’re in a ‘red alert’ town. Of that list here, I think only Windham has taken advantage of that, but it is an option,” Lamont said.

Norwalk’s mayor is going to take a few days to consider rolling back to Phase 2.

First Selectwoman Brenda Kupchick said Fairfield will stay at Phase 3 for the time being, as most cases there are isolated at Sacred Heart and Fairfield universities.

“I’m believing now that we are in red, our community will buckle down and be much more vigilant in their interactions,” Kupchick said. “So let’s see how we are next week. If I don’t see some kind of improved change in the numbers in the next week or so, then we’ll come back to the table with my emergency management team and see where we go from there.”

Kupchick credits Sacred Heart and Fairfield universities for taking swift action. She said their COVID numbers are starting to come down. She expects Fairfield will be back to orange soon.

The Associated Press contributed to this report.